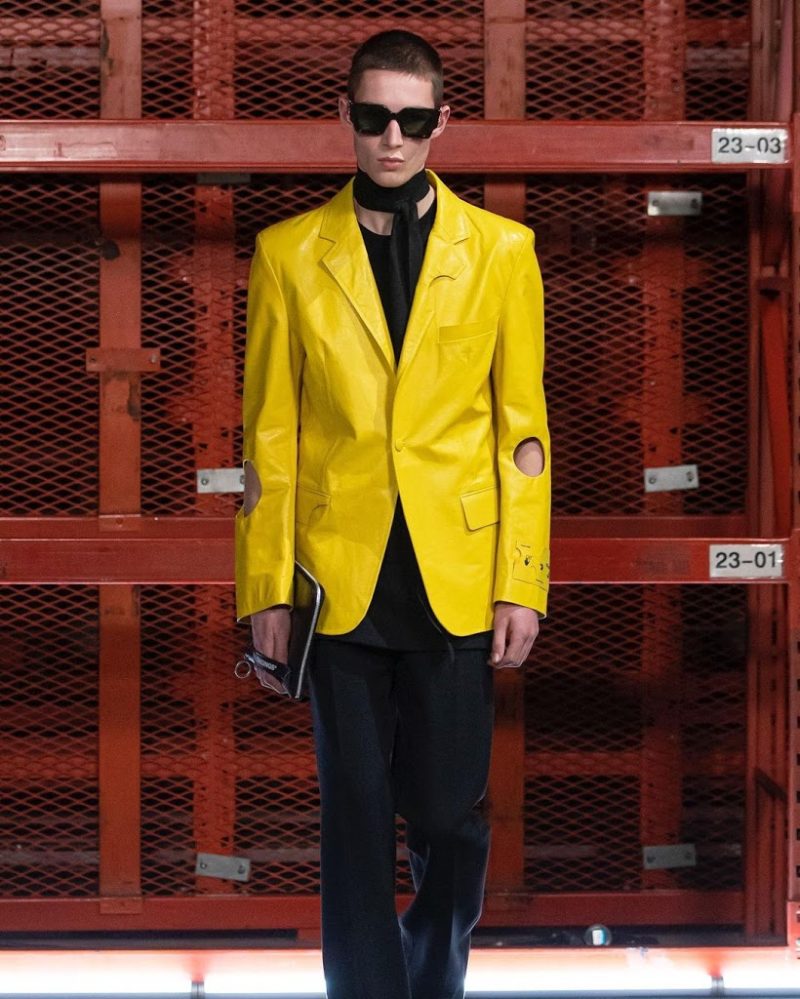 OFF-WHITE SS21: This was a season of change for @off____white. In response to the pandemic, @virgilabloh has brought his mens- and womenswear collections together for the first time. Moving forward, he will also show his collections true to season, and this collection will be released over three drops from February till May – meaning you can buy elements of the collection right now from Farfetch and the brand’s official e-store. 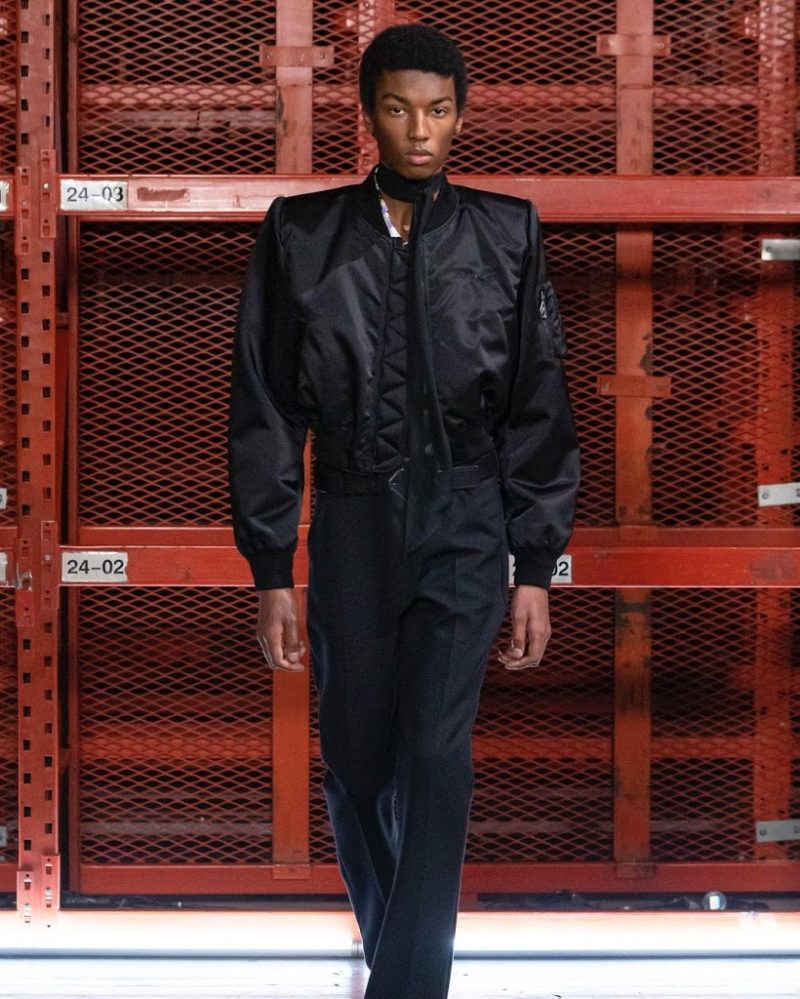 Abloh was also set on reshaping how we engage with digital catwalk shows. The multi-hyphenate creative envisioned Imaginary TV: an innovative virtual platform which offered a multitude of channels and networks like an IRL television set. It was through this expansive interface that Abloh debuted his SS21 collection, dubbed Adam is Eve, which featured a slew of international talents, including Nigerian musician Mdou Moctar and a selection of Off-White’s very own in-house team. 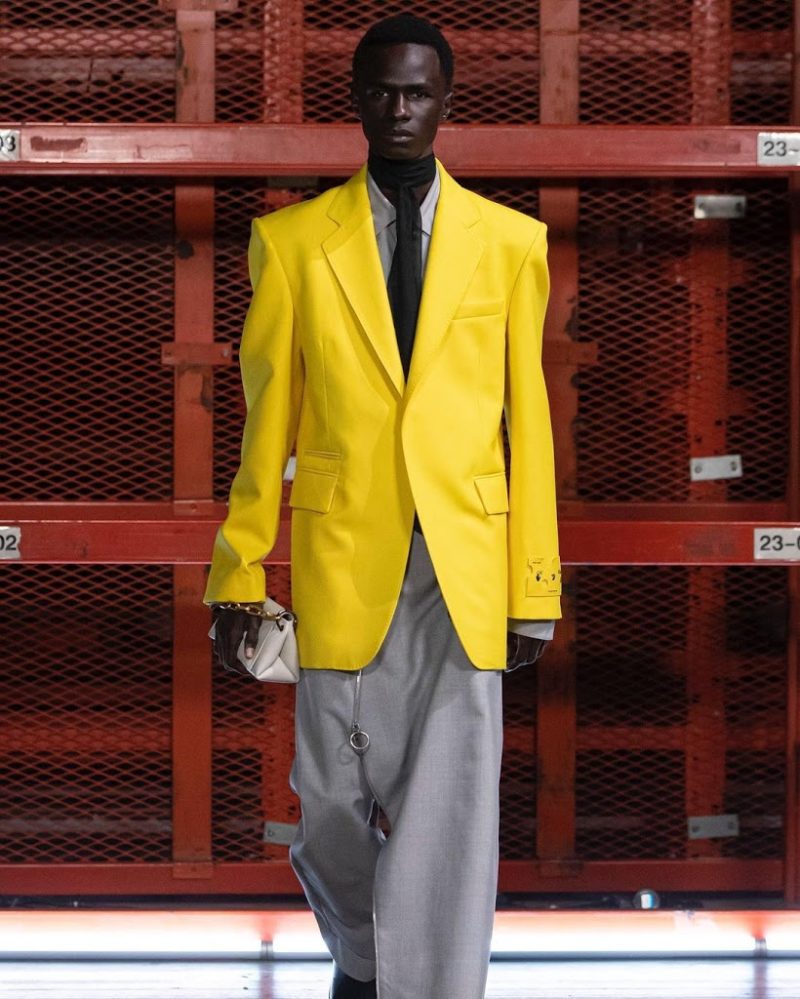 The merging of Off-White’s mens- and womenswear design studios this season has created a fluid collection; free from the shackles of strict, gendered tropes. When it comes to the stars of Imaginary TV, girls wear mannish blazers and boys don elongated pleated skirts. Guys were halternecks over crimson red office shirts, and the ladies sport razer sharp leather trenches. 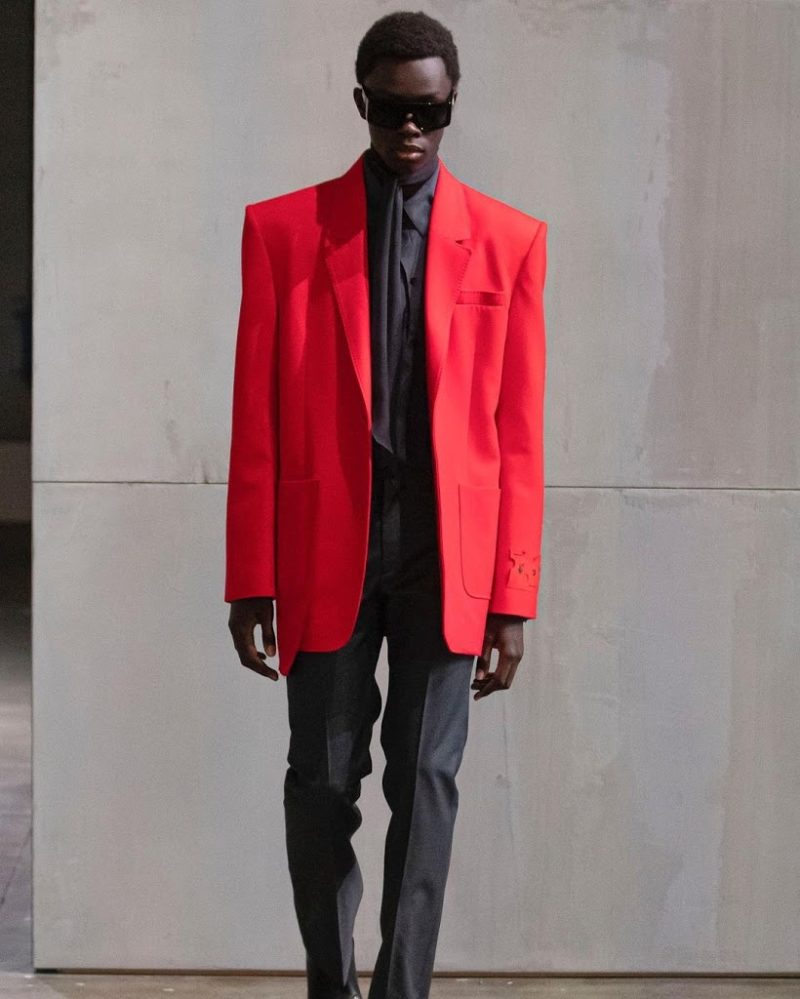 This season sees the newest instalment of the Off-White x Air Jordan collab, alongside the introduction of the holey, over-the-shoulder Burrow Bag. It’s off-kilter and quintessentially Off-White. Abloh’s in his element. 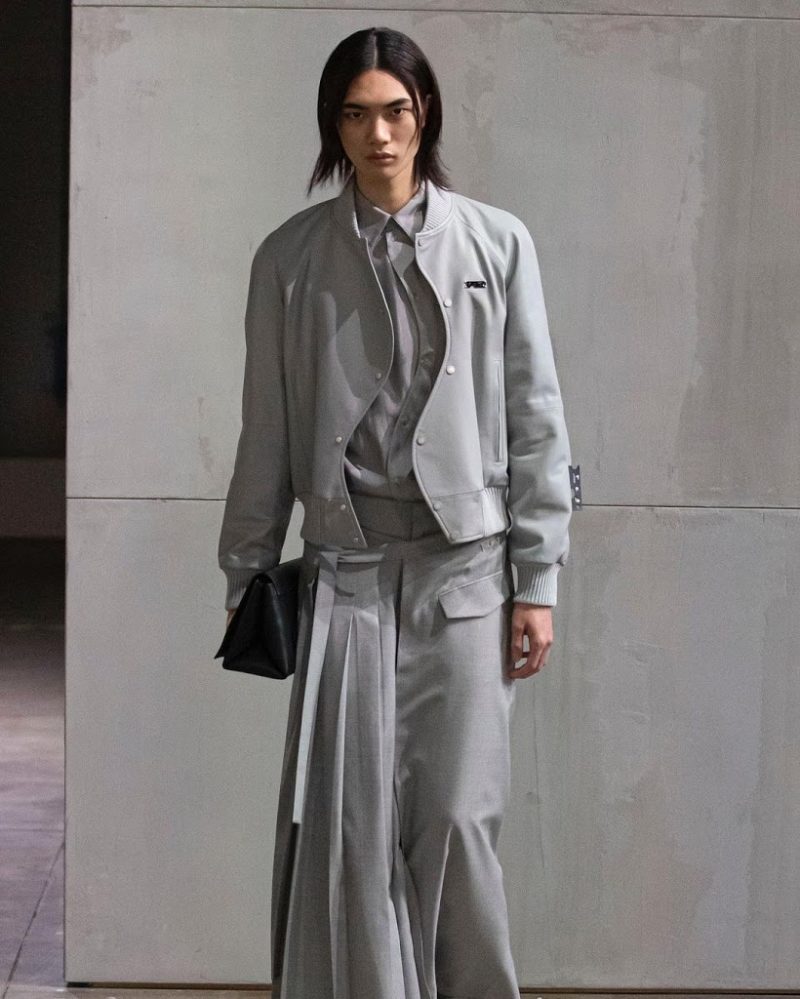